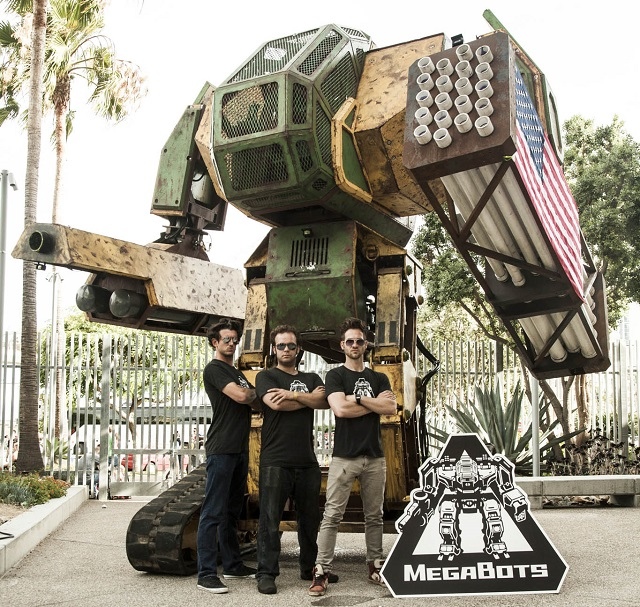 If you haven’t heard about the new international mega robot battle between the U.S.A. and Japan, you have been living with Tom Hanks on a deserted island.  The U.S. team headed by MegaBots challenged Japan’s Suidobashi Heavy Industry to a robot battle.  This real life battle is playing out scenarios seen in movies such as Pacific Rim and Transformers.  It looks like we will finally get to see large robots doing battle with each other in real life–just like every boy has dreamed of.

Quite frankly, this all smells like a PR stunt to us, but we don’t care as long we get to see big robots duke it out.  The idea for a robot fight was initiated by the video announcement of the Japanese Kuatas robot.  Perhaps inspired by the video of the Japanese robot, American tinkerers from MegaBots came up with their own robot (The Mark 2).


The next logical step in their minds was to present an over-the-top video challenging the Japanese robot manufacturer to a duel.  As the MegaBots spokesperson said in their challenge video “We have a giant robot, you have a giant robot.  You know what needs to happen.  We challenge you to a duel.”  This of course was all said with the video hosts adorned with cool shades, American flag capes and patriotic music blaring in the background.


And how did the Japanese robot manufacturer Suidobashi respond you ask?  They replied with an acceptance of the offer by saying “Absolutely!”  The only caveat in their acceptance was that they wanted a melee fight without use of any guns.  They seemed to mock the Americans’ love for guns and fire power.  You’re goddamn right we do!  And we like our bullets wrapped in bacon, shot from a canon and exploding on impact.  “Hoo-ra!” as R. Lee Ermey would say.


Now that the Japanese have accepted the American challenge, the Americans need a year to gear up for the robot melee challenge.  They started a Kickstarter campaign in order to raise money and interest in the robot battle.  In their Kickstarter video they explain the new partners brought on board in order to help them build a robot capable of melee combat.

U.S.A. Gears Up For Challenge By Raising Money In Kickstarter Video:


This is too awesome not to happen.  The ancillary benefits of all of these technology manufacturers coming together in the spirit of competition are enumerable.  It’s getting adults and kids interested and inspired to engineer and create things for themselves.  It also promotes friendly competition between contries based on technology.  It’s part science fair and part Olympics.

Jason Torchinsky of Jalopnik had this insightful quote about the impending robot battle “Finally, after millennia of bullshit agriculture and metallurgy and revolutions industrial, political, cultural, whatever, shit’s finally getting good.”  Ah yes Jason, we couldn’t agree with you more! 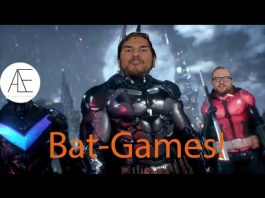 ABOUT US
Alien Element (AE) is your science and science fiction news source on emerging and alternative technology.
FOLLOW US
© Copyright 2015 - 2019. All rights reserved.
Posting....